On Pentecost the Father and the Son sent the Holy Spirit to found the Church. On that day, over three thousand were baptized: an impressive increase for Day One. However, in terms of architecture, you could argue that the Church was born in Bethlehem.

Bethlehem is small.  Most good, even great, things start that way.  Here we find the newborn Jesus. A few animals, a few visitors.  Under a simple structure to protect a small family.

All great saints started small.  Their great projects started small. In the case of St. Francis, the tiny Portiuncula chapel was the third church that he restored after receiving his mandate from Christ: “Rebuild My Church.”  Here he came to understand his vocation more clearly in 1209, and to found the Order of Friars Minor. The basilica of Santa Maria degli Angeli was built over the Portiuncula in 1679.

At the Portiuncula, which was and is the center of the Franciscan Order, Saint Francis gathered his friars in Chapters (general meetings) each year, to discuss the Rule, to rediscover their fervor and then set off again to proclaim the Gospel.  Millions have visited this tiny chapel to receive the Portiuncula indulgence (or have traveled to receive the indulgence at designated affiliates) and many copies of this tiny church have been built throughout the world.

A few centuries later another tiny church was built in the city of Rome. On the spot where St. Peter was crucified, in the outer cloister of a much larger church, stands a tiny chapel called “the Tempietto,” or little temple.

Commissioned by King Ferdinand of Spain, it was built around 1510 by Donato Bramante, a visionary who took his inspiration from ancient buildings such as the Temple of Vesta and the Roman Pantheon.  This tiny church has a hemispherical, concrete dome on the top and perfectly spaced niches and pilasters on the main body. A ring of doric style columns completes the outside. Contemporary critics such as Georgio Vasari considered it one of Bramante’s masterpieces, and it became an inspiration for the “rebirth” of architecture in the Renaissance and beyond.

The Tempietto has an intimacy in scale, yet it dares to be a House of God.  It has a mini-grandeur within the wild grandeur of the universe.  Large buildings, in order to feel intimate, need to have human scale. Small buildings, by contrast, dare to do big things, and point towards infinity with the humility of their proportions.

One of our favorite projects at Laudate Sacred Art is Our Lady of the Way Chapel in Hyde Park, New York.  This historic wayside chapel is presently being restored using funds raised by a small but dedicated congregation consisting of Catholic students at the Culinary Institute of America and friends of the chapel.  The more grandiose buildings of the rest of the former Jesuit Seminary now house an internationally famous cooking school, but the chapel is still administered by the Archdiocese of New York. Smaller than most living rooms and seating about twenty- four congregants, it is a gem of sacred architecture and a model for the “small church” movement of our times. 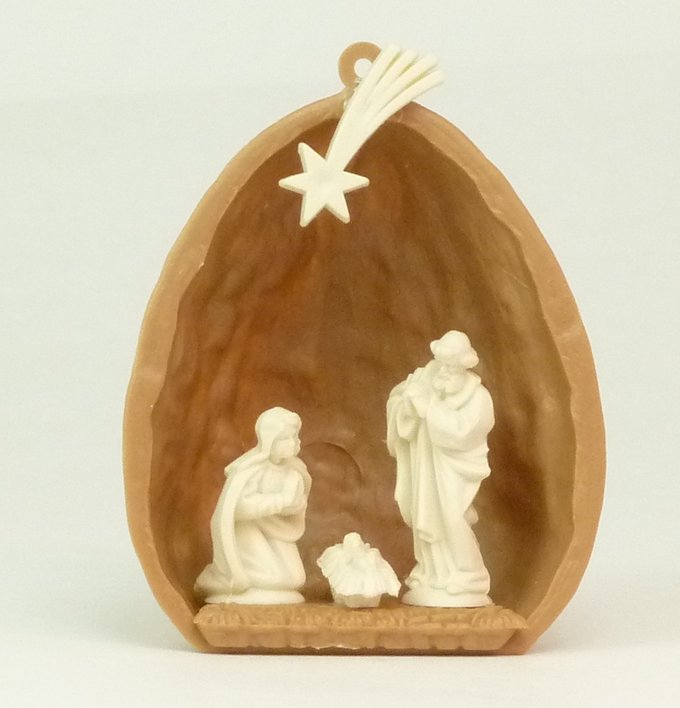